Interview: Eoghan Sweeney, open-source investigation specialist and trainer, talks about the fact-checking tools of the trade

Eoghan Sweeney has spent the last decade specializing in digital verification and fact-checking. He helped develop a range of techniques and practices in monitoring, discovery and verification of online content in the early years of the now well-known Storyful agency. As a Global training director at the non-profit organisation First Draft, he created and delivered numerous workshops, collaborating with Google News Initiative and the Facebook Journalism Project to train journalists on how to identify disinformation ahead of elections (among other things). Now an independent consultant, Sweeney also maintains the OSINT Essentials open-source website, where he presents important tools, services and concepts for online investigative work.

Q: Could you explain, for somebody who is new to open-source fact-checking tools, what types of tools exist out there and how useful can they be?

I usually separate them into two categories. The first one is verification and analysis of sources of information. The second is looking at information and content itself. There are some tools that fall into both categories.

For text-based content, very often intelligent use of search engines gives you most of the results you need. Some tools offer advanced search on the main social platforms like Facebook or Twitter. There are some tools that are specifically made to help you analyse people on social media. One particularly good one is accountanalysis—it extracts a whole range of information from a user’s Twitter account and gives you a better idea of who that person is, what their agenda may be, what they are engaging in, what looks authentic and what looks like possible altered behaviour. Of course, it is always better to use more than one tool for each of these jobs, because it’s like Murphy's law (the idea that anything than can go wrong, will go wrong)—the very moment when you need one, it could be down, or out of service.

Another similar tool currently being developed is called TruthNest. It looks like it’s going to be very good, because the people who are developing it are working together with journalists at Deutsche Welle in order to find out what exactly journalists want from this tool. A lot of people are aware of TweetDeck, but not really aware of how powerful this tool actually is—it’s really good for organizing your information. You can focus on a particular country or region or particular field of expertise, or follow a particular hashtag. It is an extremely good tool. I worked for a news agency for six years and we used this tool almost like a global newswire.

There are also “social presence” tools. If you get somebody’s username or nickname that they use, for example, on Instagram, you can put it through these search tools and find out if that same username is used elsewhere on-line. People tend to put different pieces of information about themselves on different social platforms.

Looking at content itself, one of the big things regarding verification of visual content is geo-location. In visual investigations like the ones from Bellingcat or the New York Times you can see good examples of such tools being used. In the end the techniques used are quite straightforward, so it is just a matter of how well you apply them. I used to tell people to download the desktop version of Google Earth, but in the past few months the browser version of Google Earth has proved to be extremely good and it’s getting better. It basically started to include all the functions from Google Maps and some of the more advanced functions available in the Google Earth desktop application, which allows you to do things beyond just normal satellite map use. It gets you the street view. It allows you to tilt the map to look at the topography. You can see this, for example, in the BBC’s investigation in Cameroon where they located video by identifying the shape of the mountains in the background. It is not rocket science, it is just knowing the basics and becoming better at applying them.

Then there are useful things like reverse image search. Also, I tell people all the time—Google is good, but definitely do not ignore Yandex, the big Russian search engine. It gives extremely good results, although people should be more cautious with it now because a year ago the Russian government started taking much more of an interest in it. Nevertheless, street level views for a lot of the former soviet countries are much better on Yandex maps than on Google maps.

In terms of maps, Wikimapia is quite a useful tool. It is “crowd sourced”, so you shouldn’t take it as absolutely true, but it can be a very good pointer in the right direction. If I were to list tools I use regularly I would say: InVid (browser extension), Google Maps and Google Earth, Twitter Advanced Search, accountanalysis, Wayback Machine, Spyonweb.

Q: Is it possible that some of these tools could be manipulated? Should we approach some tools with particular caution?

That is always a possibility and you must be aware of several things—what the tools can do for you, what the tools can’t do for you and where that tool is getting information from. Or how is it creating information? Because there are examples of when the tools show something that is not strictly correct. But you have to go back to one of the fundamentals in journalism: you do not regard something as reliable if you got it from a single source. With any of these tools you must try to have another way of corroborating what you have found and not leaving yourself at the mercy of one particular tool. That is a recipe for problems. One thing to watch out for is geotagging—location tags are very easy to fake. Also, never trust a screengrab—look for archived versions of the material.

"You do not regard something as reliable if you got it from a single source. With any of these tools you must try to have another way of corroborating what you have found and not leaving yourself at the mercy of one particular tool."

Q: Do you feel that we need to fact-check more things today than even a decade ago? It seems that there are fewer and fewer sources we can trust...

We now certainly have more ways to fact-check. And we are finding out at the same time that sources which we trusted in the past are not to be trusted today, because we are finding out a lot more about how information is propagated and created. So we know now that no source is perfect, but I think that the real danger lies in the way certain actors are harnessing the potential to mislead. There was this famous quote by Steve Bannon who said: “The real opposition is the media. And the way to deal with them is to flood the zone with shit.” And this is exactly what is being done much of the time. A huge amount of disinformation is being put out there to deliberately sow doubt and confusion. We have a good example now during the pandemic. The WHO has definitely made some mistakes, but it still has far bigger resources and libraries of information than anybody else, much of which is definitely reliable. And I would not complain when somebody says: “Oh I don’t trust the WHO 100%,” Or, “I don’t fully trust the New York Times or BBC”. That’s fine, but it is not fine when these same people then go for information to some YouTube channel, not knowing who the real creator is or what their background or agenda is.

"The real danger lies in the way certain actors are harnessing the potential to mislead. There was this famous quote by Steve Bannon who said: “The real opposition is the media. And the way to deal with them is to flood the zone with shit.” And this is exactly what is being done much of the time. A huge amount of disinformation is being put out there to deliberately sow doubt and confusion."

Q: It also seems like it is becoming harder to fight misinformation…

It is definitely becoming harder. There is a constant flood of stuff being generated out there, competing for our attention and resources. The technology to create fakes is getting better. So, now you have something like deep fakes (technology that uses machine learning to create fake videos. See examples here.) There is an amazing website called thispersondoesnotexist.com which creates completely artificial photos of faces. Some journalists say we are doomed, but I say look at it this way: as a journalist you are in a better position than most people because you have the fundamental attitudes and disciplines which stop you from trusting in something from a single source. Journalists should be reasonably optimistic that they are not going to be swept aside by fake technology.

Q: Besides tools, what other sources or methods do you recommend for fact-checking?

I think that the most important thing is to always get as close as possible to primary sources. You shouldn’t ever depend on the statement “according to that journal,” if you can’t actually go and check that journal yourself.

Q: Regarding cross-border collaboration, and based on your experience, do people from different countries tend to approach fact-checking differently?

Certainly. I was counting recently, and realised I have done workshops or talks in 27 different countries. And yes, there are huge differences. Now, it has to be said that first of all, accuracy is accuracy. If something is empirically true, then it is empirically true no matter what country or language you’re operating it. But certainly there are differences in attitude towards fact-checking. Some of these will be related to development e.g. the level of technology and equipment available. Others can be cultural, for example different expectations regarding the right to privacy. And of course laws on such things can vary across jurisdictions. It could also depend on attitudes toward authority. Some people, for example, will be far less inclined to take the word of the government. There are some countries in which people feel that the government should take a greater role in fighting misinformation. And in other countries, people want the government to stay out of it. Germans, for example, tend to take things more carefully, not jumping on hashtags and trends very quickly and spreading them around. And I don’t know if that is a cultural or educational thing…

Q: Do you have some advice on how to resolve differences in attitudes toward fact-checking in cross-border collaborations?

Certainly you need to establish some ground rules that everybody agrees on. So when you do end up with something contentious at least you have a framework. The initial preparatory work would be very important because that’s the time to establish ground rules and agreed standards, not when a piece of information pops up and everybody disagrees with how to deal with it. From the start you need to agree on stuff like “do we always look for primary sources”, or “what happens when we have disagreements on the authenticity of something”, “do we have somebody to arbitrate”, and so on. The preparation stage is hugely important. Anticipating disagreements is key to solving them. 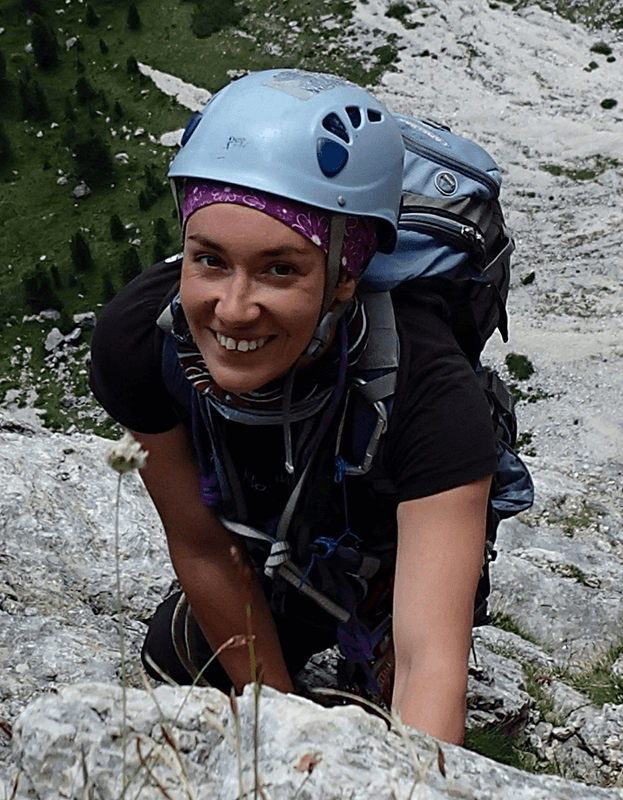