The Importance of Following Up

The last step in your cross-border collaboration is the follow-up phase – and it may well be the first step to your next investigation.

The follow-up is the process of discussing, arguing, and sharing knowledge with your peers in order to learn from your journalistic experience. It’s a process that allows you to think of where to take your story next, and reflect on what you have learnt and how those insights can be used to develop the profession and your field of interest. It may happen over a drink in a bar, in an evaluation meeting with the team, or at a conference. You can convene at a local meeting, present your findings at your national journalism association, or even attend a European-level or global gatherings. The important thing is: make it happen!

Following up on your cross-border story has three purposes:

Let’s take the three purposes one by one.

This is about the aftermath of your publication. Your team has invested hours and hours of time, energy and commitment into this shared cross-border collaboration. It may have revealed wrongdoings, exposed crooks, or uncovered corrupt structures that do not address the needs of the people or live up to the ethical and legal standards of your societies. Your story will likely make your audience feel sad, frustrated or angry, and above all, wanting to see change for the better.

The desire to see change for the better is crucial for citizens not to lose faith in their democracies. Reporting on the social and political fallout from your story is therefore essential. As the Dutch journalist Joris Luyendijk warned in his key-note speech at a Dataharvest – EIJC conference: ” Given how radically our democracies have changed, can we still stick to merely exposing what is going wrong? Should we not insist that the news medium publishing our work guarantees the sustained and meaningful reporting about the political response to our revelations? And if there is no response, [should we not] report on that, too?”

The journalist and documentary filmmaker Christopher Hird concurs: “I wanted to be a journalist to change the world, to help make it a better place,” he wrote in 2018. “Behind all this lay the belief that journalism had the capacity to have an impact. If people knew the truth about what was happening in the world – whether it be companies fiddling with their figures, governments lying to the electorate or trade union bureaucrats failing their members – then they would do something about it.” He catalogued some of the most impactful investigative reports in history—including Watergate and numerous sex abuse scandals—and analysed four cases which had broad social or political impact.

One of those cases was the thalidomide scandal unveiled by The Sunday Times of London in the early 1970s. The scandal was about a medicine, which was declared safe for pregnant women. “In fact, pregnant women who took the drug at a particular stage of their pregnancy gave birth to children with serious internal and external deformities,” Hird writes. After the report was published, there was extensive follow-up, with the editor of the paper taking the distributors of the drug to court to gain compensation for victims. Though the government banned any press associated with the scandal, journalists kept reporting about the case over a stretch of time, and civil society actors and politicians rallied to their cause. Eventually, victims won compensation and the free press was strengthened. The world might, indeed, have gotten a little bit better. At least the publication helped gain justice for victims – but publication was only a very first step.

Before publication, and more importantly right after publication, your team and the media team members published with should consider how to follow up on your report in the weeks and months to come. How do you ensure that the newspaper that published your story will follow up on the case after you’ve moved on to another investigation? Should this case be followed up by a political correspondent? Are there other relevant media or groups that should be aware of your publication? Should your team agree to revisit the story in a year or so?

The journalistic follow-up process is as much part of the story as the research and publication. However tempting and necessary it is to relax after your hard work, it is important to think about how you can take your story further after publication.

2. NETWORKING: Sharing with peers in the cross-border community and positioning yourself

Imagine the moment of publication: you’re tired, of course. But you’re also proud of what you have achieved and full of inspiration because you tried something new and surmounted several obstacles. You pushed the work method a step further, this is important not only for you but also for your colleagues. Now it’s time to share what you learnt with others and find your next story.

Since the 1970s in journalism circles a culture of knowledge sharing has become more and more appropriate. Back then, journalists in the US set up an organisation for exactly that, the Investigative Reporters and Editors, and since the IRE has served as the model for similar conventions around the world. has spread throughout the world and is practiced on local and national level, among specialised journalists and generalists. While initially predominantly applied by investigative journalists, such knowledge sharing is, obviously, useful in all genres. By the time of publication of the N-Ost Playbook in 2020, there is a well-functioning infrastructure of potential meeting places such as conferences, alumni-gatherings and network meetings.

A good place to look for these organisations is the members’ list of the Global Investigative Journalism Network, though also look elsewhere, of course, not least for the growing crowd of non-investigative organisations. Another go-to place to meet journalists is awards ceremonies, be that at a European or a national level. Finally, reading or publishing in professional journals is important, these, too, can be found on European or on national level, some of the national publications gain international relevance or at least relevance in one culture or language area, in the Anglo Saxon culture area, for example, the Nieman Lab and Reports or Columbia Journalism Review have such a role. To learn more about how to connect with like-minded journalists, read the Playbook’s chapter on how to find colleagues. If no relevant organisation exists near you, there is always the option of setting up your own group with a team of colleagues.

Apart from generously sharing your experience with your colleagues, going to such events can help you find your next story or join your next team. Presenting your work to colleagues is a way of showing your competences and interests. It’s a professional introduction for potential future collaborations. Finding good partners for cross-border collaborations is a huge matchmaking puzzle, and letting others know—again and again—of your interests, experiences and skills is an important part of that.

An integrated part of the work process on the day after publication is thus to ask: what is the next opportunity to talk with colleagues about interesting work?

3. PROFESSIONALISM: Developing journalism as a practice

Philosophers from Aristotle to Hannah Arendt and beyond have discussed the tradition of practical reason, Danish researchers Gitte Meyer and Anker Brink Lund wrote the essay “Making room for pluralism by redefining journalism: an essay on practical reasoning” to apply the philosophy to the journalism profession. They suggest defining journalism as “a profession of public, practical reasoning, with the task of facilitating civil discussion in a public and political life of uncertainty, disagreement and diversity.” Meyer and Lund thus envision an open definition that demands “constant new interpretation and discussion.”

Professional exchange in journalists’ networks thus is not only a step on the way to the next collaboration or job. It is also a way of developing journalism practice. It is a meta-moment, where your professional experience shared in the discourse with your colleagues adds to the development of professional practice, journalists can apply, share with each other and share with the next generation. Be it explicit in talks about journalism as such and journalism ethics, or be it implicit in talks about how to do journalism, it’s all part of the discourse on the practice.

How To Pitch A Cross-Border Story

How To Find Your Cross-Border Journalism Team 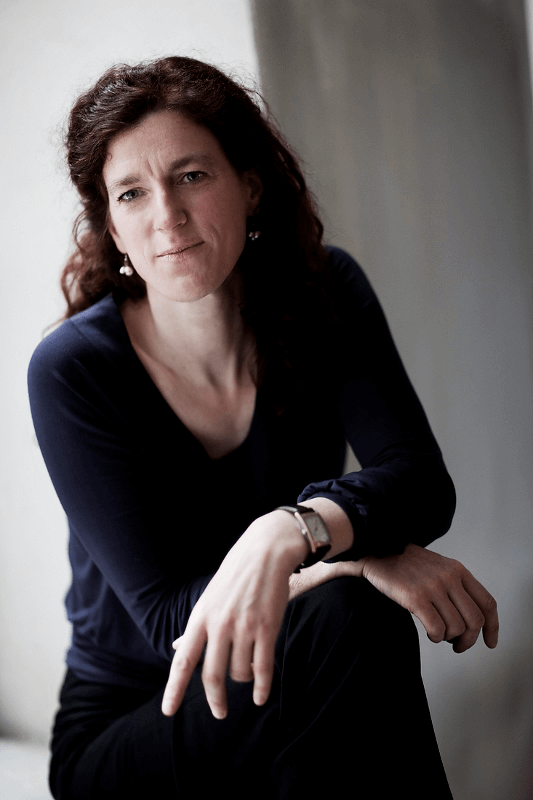